Granitic Domes are distinguished from other rock outcrop communities by a near absence of crevices and deep soil pockets, so that the vegetation is strongly dominated by shallow mats. This community type occurs at high elevations, generally over 3000 feet. Vegetation on granitic domes consists primarily of lichens on bare rock or of shallow mats generally dominated by twisted-hair spikemoss (Selaginella tortipila). The smooth rock surfaces of granitic domes give them different dynamics from other rock outcrop communities. Soil mats accumulate slowly, gradually becoming deep enough to support patches of shrubs and even trees. But those on steeper slopes eventually slough off, renewing the bare rock face. With roots confined to the soil mat, the fall of a tree in a storm or after its death in a drought, often pulls up the soil mat and destroys it. 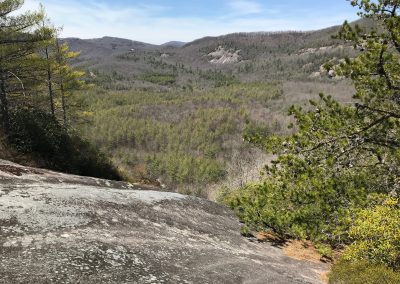 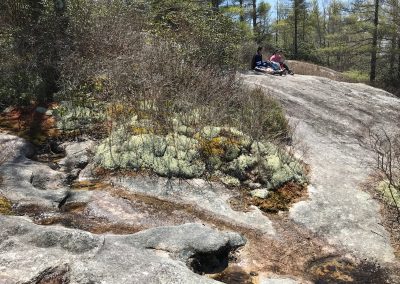 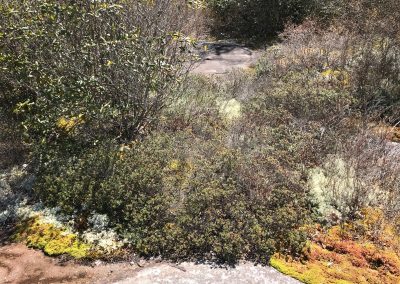 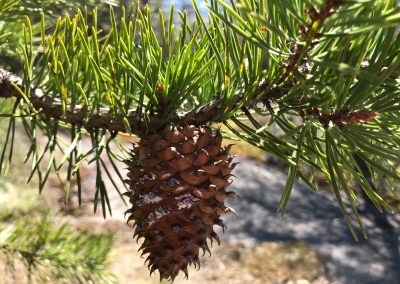 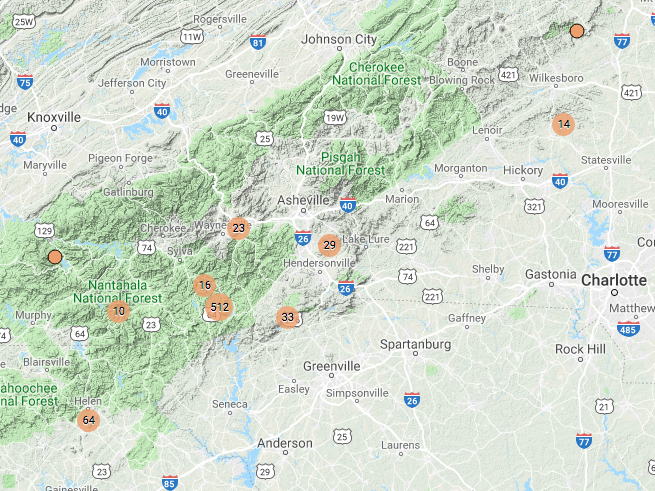