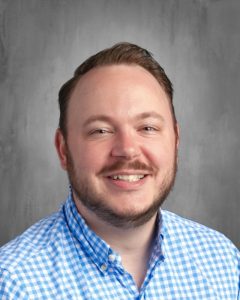 In 2015, Janson Silvers graduated from Western Carolina University with a degree in Communication and concentrations in Broadcasting and Public Relations. He chose Communications because he knew he wanted to be a reporter.

“Originally, the goal was to be a sports reporter, but I grew to love news as well. I was lucky enough in my time as a reporter to do both,” said Silvers.

Silvers is a new Account Executive with Riester Public Affairs, a PR firm in the Washington D.C. area. For the past three years, Silvers was a media relations specialist for Guilford County Schools in NC, one of the 50 largest school districts in the nation.

“As a PR professional my team and I were able to pass a $300 million dollar school bond for Guilford County – the first in more than a decade. We won a Golden Medallion award from the National School PR Association – only five are given out across the country and it was the first that Guilford County Schools ever won,” said Silvers.

Since graduating from Western, Silvers has accomplished many things that he is proud of.

“I have been blessed enough to cover The President of the United States visiting a local area, win an AP award as a journalist, report on hurricanes, tornadoes, national championships and elections in multiple states,” said Silvers.

Silver attributes his time at Western to much of his success.

“The skills learned at Western were instrumental in those successes and the connections I made there have also helped me professionally because I still use those connections even today,” said Silvers.

The biggest piece of advice Silvers has for students is to get involved.

“For broadcast journalism: rent the equipment, shoot a stand up, find a story, write it, anchor it – get your reel together. For PR: sign up for the classes you need, join the PRSA organization, freelance and intern for companies – whatever it takes to get that experience so that when you graduate you have a tremendous footing under you,” said Silvers.

Looking forward, Silvers would like to be a communications director, strategist, or leader. However, he thinks that he still needs more experience to be the most effective communicator that he can be. He knows that if he takes on a role like this, he wants to be able to do it successfully.

“I just want to thank Western Carolina University for truly setting me up for success and I want to thank the Communications department for equipping me with the skillset to succeed. I also encourage anyone who has questions to please reach out to me. My line is always open. I don’t know much, but I’m happy to share whatever knowledge I do have!” said Silvers.