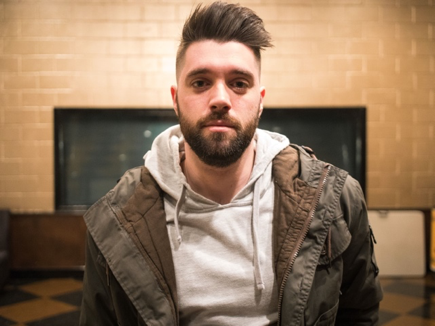 Graduating in May of 2015, Daniel Ross earned a degree in Communication with a concentration in Public Relations and a minor in Hospitality and Tourism. Early on, Ross was very interested in the music industry, but he wasn’t sure in what capacity exactly. He also felt it was too late to get the traditional college music degree. In choosing to major in communication, Ross credited the guidance he received from his professors.

Currently, Ross is a published songwriter, working with a co-venture between Big Machine Label Group and Tree Vibez Music in Nashville. According to Ross, communication shows up everywhere in his daily career.

“I meet other songwriters for the first time on a weekly basis and our goal is to come up with a song that someone else wants to record. When you break that down, it really is about what the artist is trying to say on a massive scale to a specific audience. Branding informs everything from the language of the lyric to the tone of the music. It all goes back to effective communication,” says Ross.

Some of his first songs have hit the radio, and that has been a huge milestone thus far. Ross plans to continue growing as a writer, with more of his songs being played on the radio, and hopefully to top charts and earn awards.

This year, Ross produced his first major label project for a new and upcoming artist. Ross’s goal is for the artist to record the track to “break this artist” and make it blow up in the music world.

Studying at Western Carolina University taught Ross lessons of how to build quality relationships, which he uses on a daily basis. While at WCU, he was also forced to learn better time management skills while juggling school, internships and work. With even less time now in his post-college career, he continuously uses those skills.

Ross completed his communication internship at a South X Sea studio in Nashville, which gave him his first real industry experience. During his internship, Ross was able to establish connections that he was able to maintain when he eventually moved to Nashville full-time.

While he considers his internship to be a major highlight of his college experience, Ross characterized his senior year as the most important. Ross said his professors made a major impact on him, and he learned so much from the hands-on style they brought to the learning experience. Ross said this gave him the confidence to move his family to Nashville and pursue his dreams after graduation.

For students, his advice would be to put in the work if you want to get the most out of the department. The professors are there to help you learn and grow.

Connect with Daniel Ross on LinkedIn.