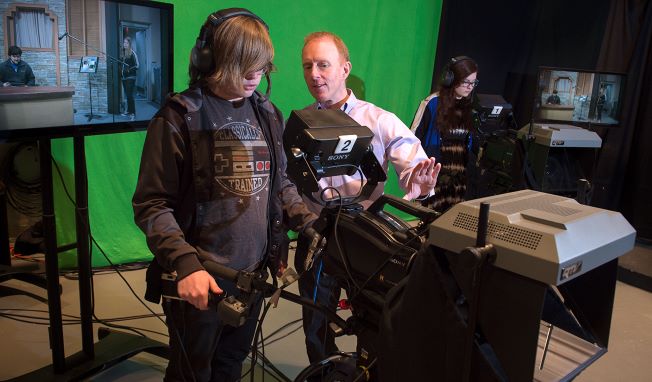 The HD television studio, located in the Center for Applied Technology building, is part of the Communication Department facilities at WCU. Communication students use this space to film projects and practice with professional camera equipment, while communication faculty use the studio to provide a hands-on aspect to their broadcasting courses.

Western’s digital television studio was designed by SONY Television Integration Systems. During the Spring 2017 semester, the studio underwent a complete HD television upgrade. The main control room was designed to also be a classroom and is where students in the various television production classes meet.

Beyond communication department use, Western’s digital television studio is also open to the public as a space for professional videography. This month, G&T Communications used the studio to film a client’s commercial.

G&T Communications, founded in 1996 by Maggie Tilley, is a full-service public relations and advertising firm headquartered in Boone and Asheville, North Carolina. The firm is a five-time national award winner with over 25 years of experience in the industry.

For this specific project, G&T Communications worked with one of their Atlanta, Georgia-based clients to develop a creative concept that included a green screen backdrop with the look and feel of news studio. However, the location options available for filming the spot in Asheville were limited. Tilley reached out to Dr. Scott Eldredge, WCU Communication Department Head, about using Western’s television studio as a shooting location for this commercial. Tilley and Eldredge both serve on the Western North Carolina Public Relations Society of America Board.

At the shoot, broadcasting students were invited to observe the commercial-making process, with one student even serving as the clapper loader. Students were also able to speak with the filming crew and members of G&T Communications about the specific details of the shoot. 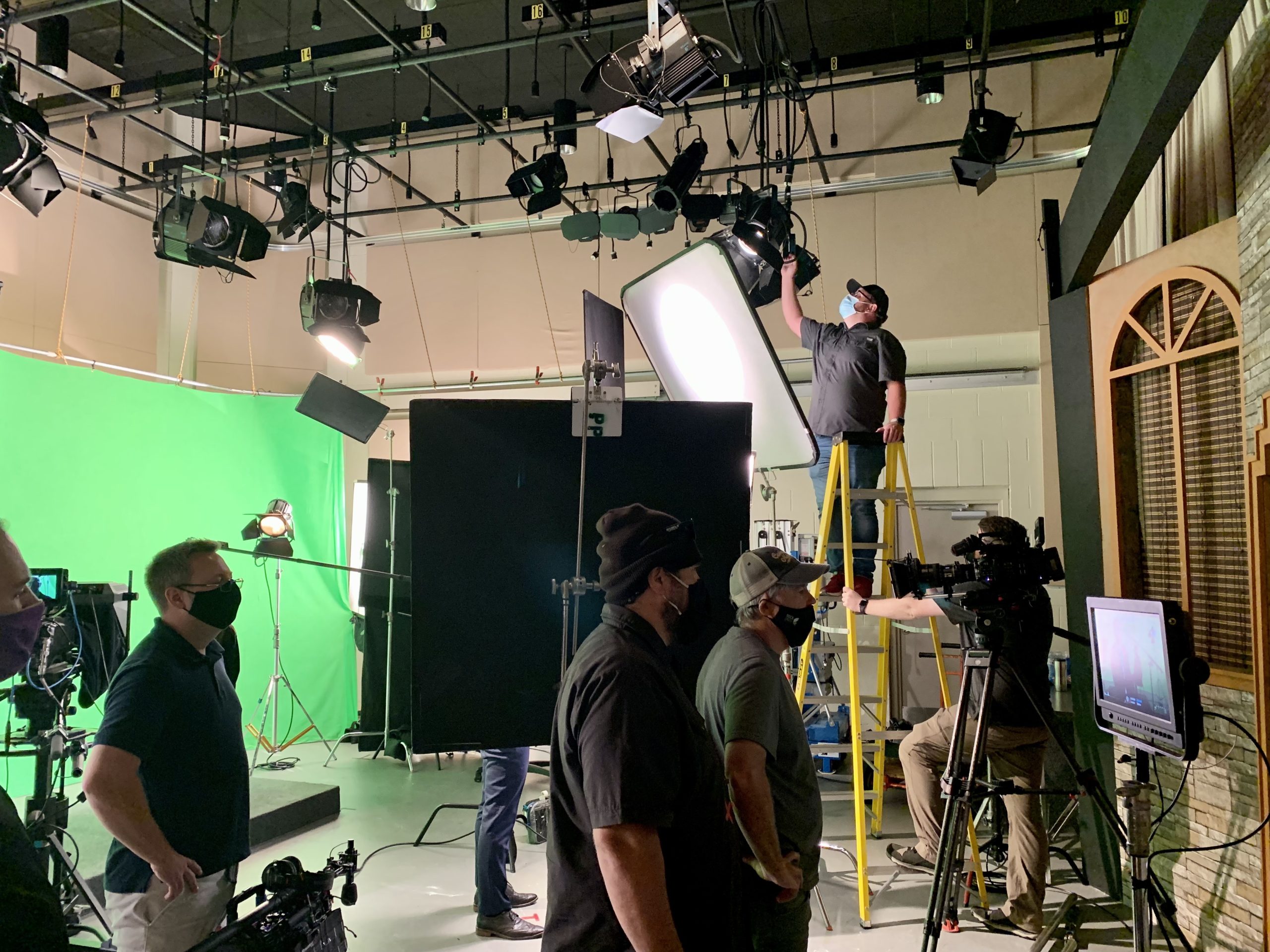 Ryan Mullis, a junior communication and broadcasting student, enjoyed learning about the shot composition for the commercial.

The most interesting shots were “the dolly with the camera, the close-up shot, and the walk-in scene at the end,” said Mullis.

Being on set and “experiencing all of the small details” behind the work is very valuable for students, said Katie Grubb, G&T Communications Vice President of Client Services.

Tilley also thought this experience would give students a real-world view of what it is like to work in this industry.

Mullis believes attending this shoot will help him with future projects.

“I learned a lot about cooperation and teamwork, and the coordination [involved] in getting the perfect shot,” said Mullis.

Azalyee Stancel, a WCU junior and communication major, also found that observing the shoot was beneficial.

Stancell said she learned “how to set up a shot” and how to “make sure everything is on time.” 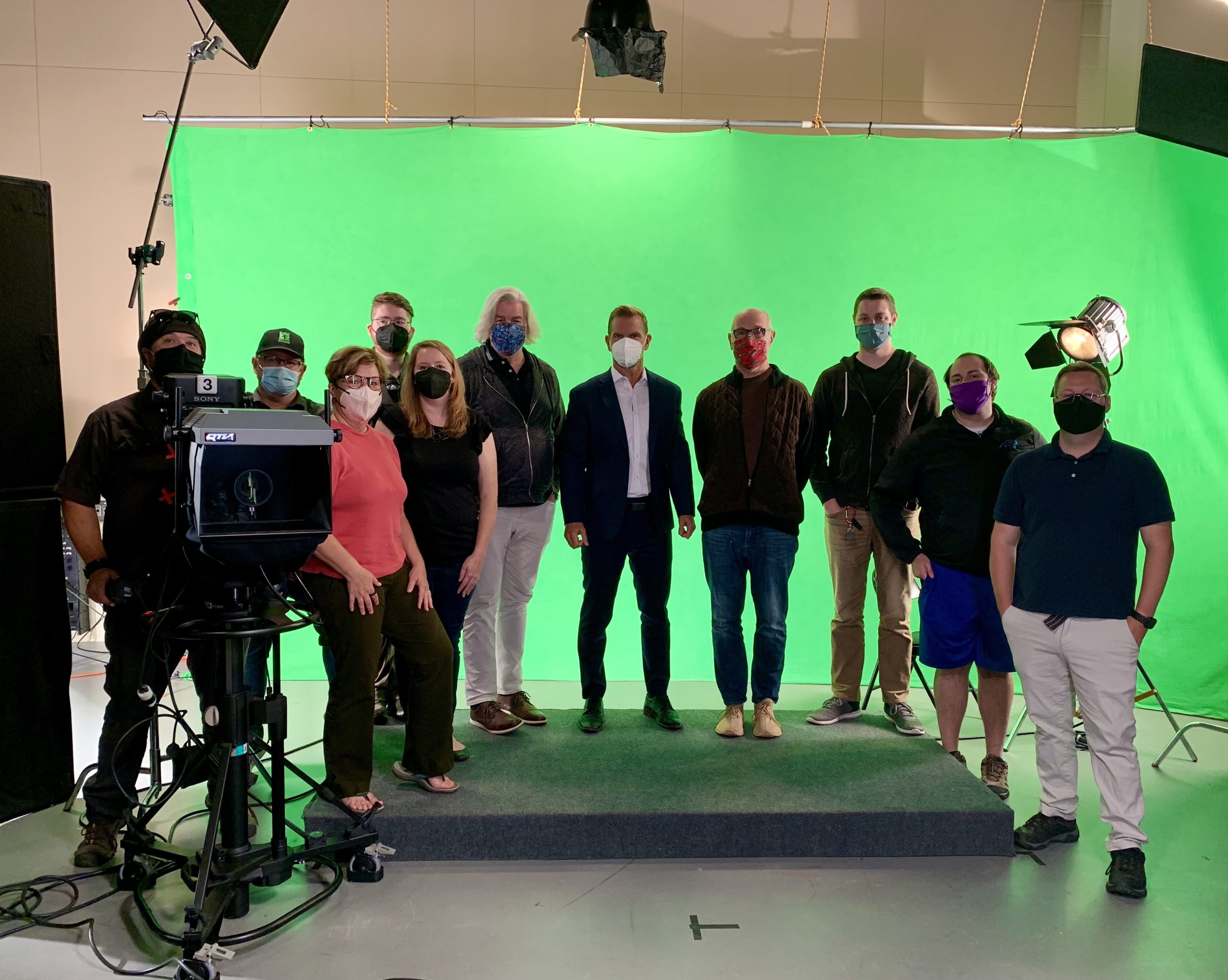 “Volunteer as much as possible for any job, whether it seems insignificant – it’s not. It can be the most important job on the set,” said Tilley.

Like Tilley, Grubb also advised students to “get as much experience as possible.”

“Internships are valuable. You’re not always going to start where you want to be, but you can grow and get there eventually, so be patient and get your foot in the door,” explained Grubb.