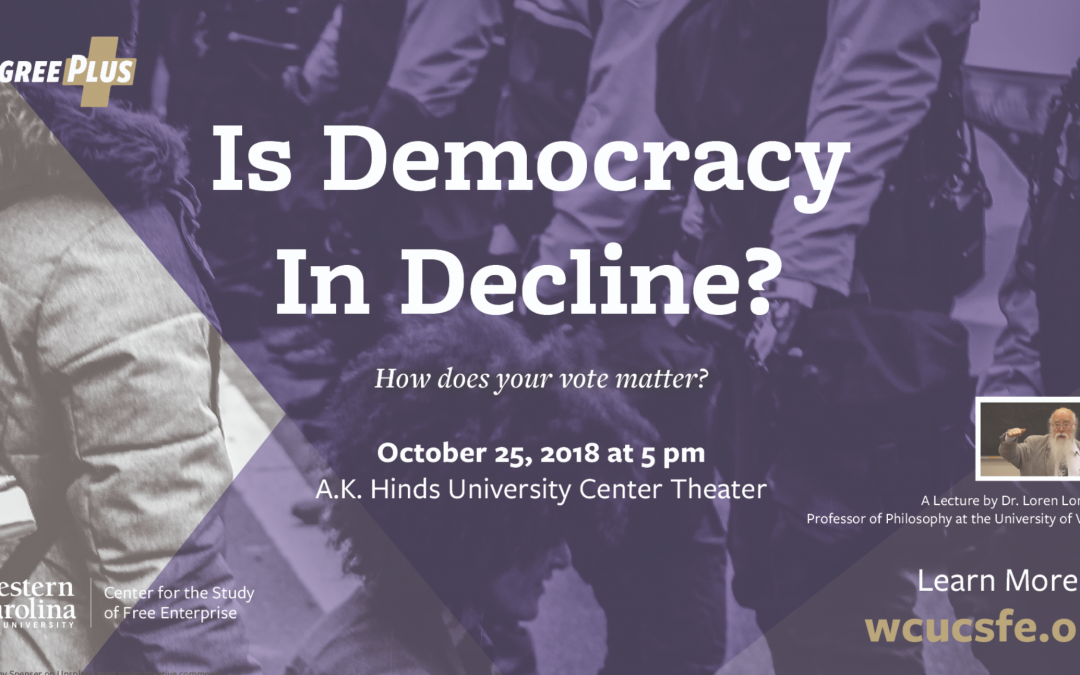 In the next installment of WCU’s Free Enterprise Speaker Series, philosopher Loren Lomasky, a self-described Churchillian democrat, will dissect how political mis-information and a polarized populace can adversely affect election outcomes, and what to do about it.

People think of voting as a right, even a duty, but it is also a low-cost mode of expressing one’s point of view, however radical or incorrect it is. This latter point shouldn’t be ignored — not if we want to understand democracy. Fringe viewpoints have used recent democratic elections as giant megaphones, blowing dark clouds over freedom. A glance around the world turns up this dynamic in Turkey, the Philippines, Hungary, Sweden (although overblown), and arguably in the United States. “Is there any call for Churchillians to be worried?”, Loren writes. “In a word, yes.”

The ballot booth can be a place for expressing lofty morals, but it’s also a place for venting animosities. Political candidates and party leaders, experts in their alertness to this feature (ahem, bug?), will maneuver to win votes by appealing to the emotions that bubble to the top during campaign season. Power and policies ensue.

Loren’s concerns accentuate the importance of imposing republican structures upon democracy as an antidote to demagogue disease. Good old fashioned checks and balances, multiple layers/nodes of elected office, and other mechanisms of limited government, please answer the white telephone. Winston Churchill is calling. 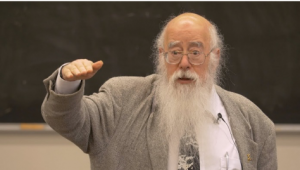 About Loren Lomasky: Loren Lomasky is Cory Professor of Political Philosophy, Politics, and Law and the University of Virginia. Professor Lomasky is best known for his work in moral and political philosophy. His book Persons, Rights, and the Moral Community (Oxford University Press, 1987) established his reputation as a leading advocate of a rights-based approach to moral and social issues. He is also co-author of Democracy and Decision: The Pure Theory of Electoral Preference (Cambridge University Press, 1993), a landmark work about the effects of voting in democracies. In his 2016 article, “Fleecing the Young,” Lomasky makes the case for more intergenerational fairness in U.S. budget policies that currently enrich older generations while handing young people the bill. For more than four decades, Lomasky has taught undergraduate and graduate classes in the philosophy of religion, medieval philosophy and other episodes in the history of philosophy as well as many topics in moral and political philosophy. He has held research appointments sponsored by the National Endowment for the Humanities, the Center for the Study of Public Choice, the Australian National University, and the Social Philosophy and Policy Center. He has been the recipient of many awards including the American Philosophical Association’s Matchette Prize for the best book in philosophy.