Wrap up of Davis — Cawthorn Debate 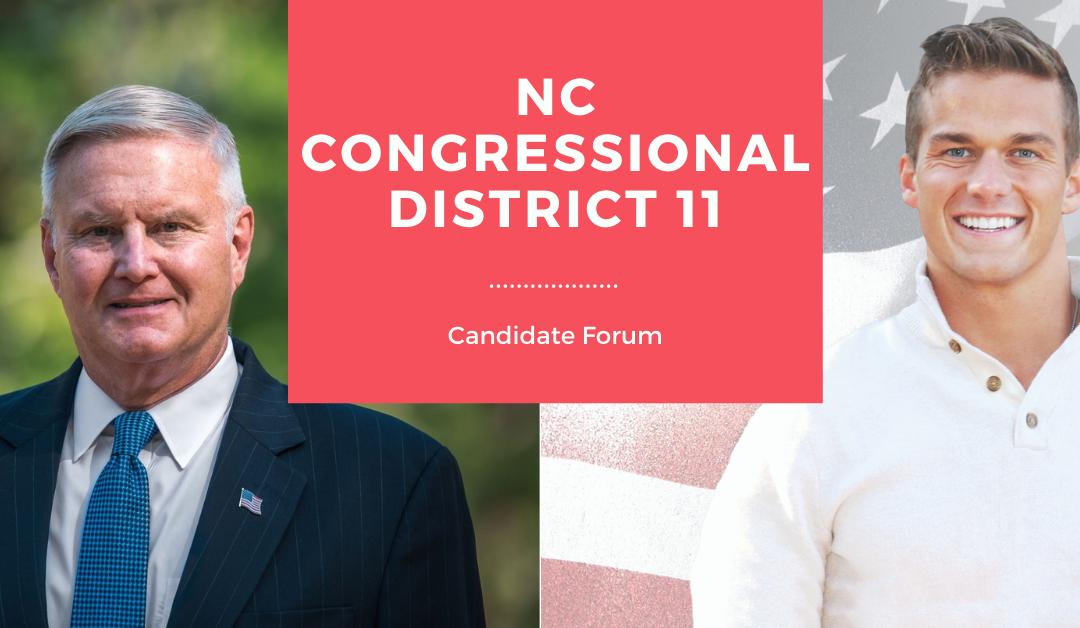 The march to Washington for NC District 11 Congressional candidates Moe Davis and Madison Cawthorn made a stop Saturday night at WCU for the second of two scheduled forums hosted by local media.

The candidates took turns answering and rebutting each other on questions posed by Center for the Study of Free Enterprise Director and Professor of Economics Edward Lopez, Political Science and Public Affairs Department Chair Chris Cooper, and Principal Chief Richard G. Sneed of the Eastern Band of Cherokee Indians. Students also participated by asking their own questions.

The candidates faced questions that focused on the economy, topics of interest in rural WNC, like broadband and federal lands, and social issues such as domestic violence and equity for minorities in government representation.

While fielding questions from panelists, Davis touted his military experience and his willingness to cooperate across party lines and took stabs at Cawthorn’s lack of life experience, accusing him of “fawning over” the president.

Cawthorn emphasized his grit in overcoming personal adversity and his desire to represent conservative values in Congress, often referring to what he believes to be Davis’ record on defending terrorists.

For the candidates the night took on the flavor of tit for tat personal attacks, rather than an opportunity to answer questions of concern for the community. Each took turns sparring with the other in asides that had little to do with the original questions.