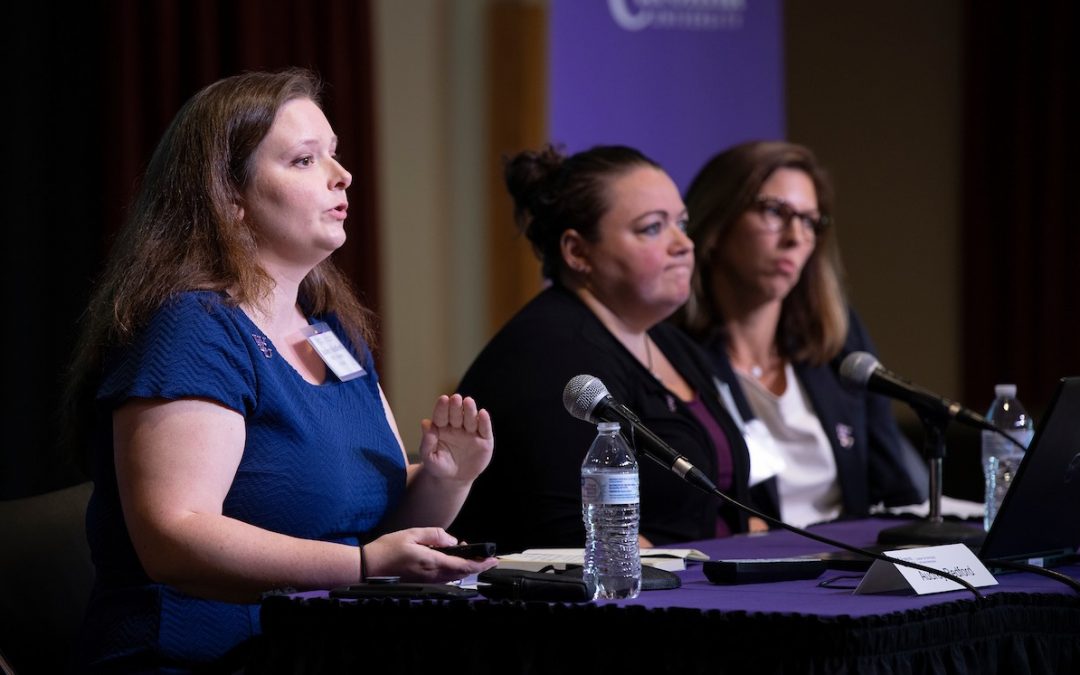 Early in November, CSFE announced our 2020-21 Faculty Affiliates and our plan to spotlight each one of them and their exciting research. Today, we want to highlight one of our affiliates, Audrey Redford. Audrey is an Assistant Professor of Economics in the College of Business at WCU, with research interests in Austrian economics, public choice, and the unintended consequences of drug prohibition as well as interventionism and entrepreneurship in illicit drug markets. Audrey was a presenter on our interdisciplinary panels at our 2019 Opioid & Addiction Town Hall.

Audrey earned her Ph.D. in Agricultural and Applied Economics from Texas Tech University in 2016, then landed a job at WCU upon her graduation. It was from Audrey’s mother, a Substance Use Disorder Counselor, that Audrey first noticed her interest in the research of illicit drug markets and substance misuse. Throughout her education, she found that economics was the perfect lens to dive deeper into her field of interest, thus her path for research was born. “Economics became a useful tool for me to understand this thing that I cared a lot about,” Audrey said.

Audrey’s research for CSFE has two parts, the first is taking a deeper look at the unintended consequences of United States policies regarding drug and alcohol use during the Covid-19 pandemic. Secondly, and her main area of research, is understanding the consequences of North Carolina’s death by distribution law. NC’s death by distribution law is designed to allow prosecutors to potentially charge drug dealers with second-degree murder that sell a substance that unintentionally leads to an overdose death.

“One of the big concerns that I have about that [NC’s death by distribution law] is how is that going to change the nature of people that are selling those drugs?” Audrey asked, noting, “There’s some evidence to suggest that a lot of people when they purchase these substances, purchased them from people they know. Does this new law create an incentive for those known sellers to stop selling to people that they know?”

The second of her concerns being that this law in conjunction with North Carolina’s good Samaritan law could potentially leave individuals now being fearful of having law enforcement involved if they call 9-1-1 for an overdose, even if it would save a life.

Through this research, Audrey hopes to educate people further on drug use and the unintended consequences of policies being made and to show how policymakers and individuals alike could make positive, impactful changes, “We can see that drug probation or increasing drug laws is doing almost the exact opposite of achieving the goal. So even if myself and whoever this the imaginary person is that I’m talking to have different endpoints, I can use their end goals as givens and try to show them using economics, why that’s not being achieved,” Audrey explained.

Audrey is excited to continue in both areas of research during the Spring, and we are proud of all her work so far and the work in the coming months. You can follow Audrey’s work here.