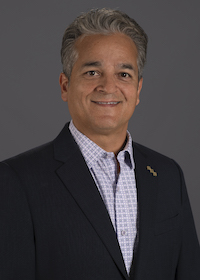 Robert Cooter and Thomas Ulen’s classic textbook, Law & Economics 4th Edition, describes the concept known as the Hold Up Problem. A hold up is a market actor who possesses and exercises market power to interrupt others’ ongoing physical investment projects. It is typically a threat to extract rents by imposing monopolistic terms of exchange on others, thus distorting investment plans. Since hold ups soak up real resources, they are recognized in economics as a form of market failure whose remedy, most generally stated, is to reduce the relative disparity of market power between the hold up actor and others. Against this backdrop, I have studied broadband expansion in North Carolina. The op-ed below lays out the issue and, as I understand it, how it relates to the law & economics concept known as the Hold Up Problem.

Earlier this year I had the honor of judging an annual statewide high school economics competition. Having “gone virtual,” as countless other events during the pandemic did, this contest gathered small teams of students and teachers from across North Carolina to put their skills on the line. It was an inspiring day, filled with tangible displays of young people accomplishing great things together and building brighter futures for themselves and each other.

But it was also a concerning day for me, because as a judge I noticed the fine print. It said only students who have reliable high-speed internet access are eligible to compete. Immediately my thoughts went to the thousands of children who have the skills and want bright futures, but who lacked access to these gatherings. This was the so-called digital divide staring me in the face.

The pandemic has made even more urgent the need to close that divide in North Carolina, to connect the nearly 472,000 people mostly in rural areas who remain stuck on the wrong side of it, and to provide equal access to high-quality broadband throughout the state.

Thankfully, our state leaders have been on the job with initiatives that include the Growing Rural Economies with Access to Technology (GREAT) program designed to incentivize broadband expansion. Yet many barriers continue to stand in the way.

Want to connect to our utility poles? No problem, the “Munis and Coops” effectively say. Just adhere to these arbitrary timetables and permitting fees, these new pre- and post-construction requirements that we have just rolled out, and please foot the bill for replacement of poles where we say new ones are needed. Known in the business as “make ready” fees, these onerous terms can add up quickly, turning what would have been feasible expansions of broadband into unfeasible ones. As a consequence, fewer Carolinians get connected, and the digital divide gets worse.

A fairer process for pole attachments would prevent such barriers from coming up and would clear the path for full broadband expansion in North Carolina. Lawmakers in Raleigh have taken up this very point during the current session of the General Assembly. Proposed legislation would streamline the pole attachment process and update old regulations that once served the public interest but now simply create privileged positions for certain pole owners, namely Munis and Coops.

These legislative proposals would ensure that critical infrastructure upgrades are not unreasonably delayed, for example by establishing consistent formulas that fairly and efficiently split the costs of pole replacements. The proposals would also speed up the process, for example by setting reasonable timeframes for pole preparation and by empowering the NC Utilities Commission to resolve disputes faster.

North Carolina’s rural population is the second largest in the country, second only to Texas, and far too many in our state have been stuck on the outside looking in, looking for opportunity.

It’s not just the school children yearning for their digital tickets to statewide competitions. It’s telehealth patients, job applicants, church goers, citizens, voters, you name it. Instead of remaining vulnerable to outdated legal rules that privilege certain pole owners with the power to hold up broadband expansion, our state deserves better. Closing the rural/urban divide and realizing a connected future for all Carolinians is now more important than ever.

Edward J. Lopez is a Professor of Economics and the Director of the Center for the Study of Free Enterprise at Western Carolina University.